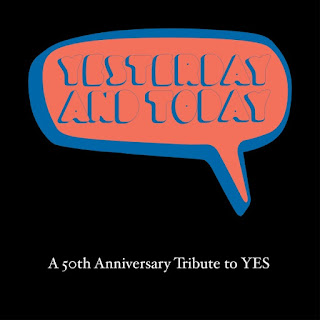 London - Yesterday and Today is a tribute album to celebrate the 50th Anniversary of the legendary prog rock band YES.

“YES turned 50 the year I turned 50 and Geoff Downes was one of the reasons I became a keyboardist myself! To celebrate and pay tribute to YES's music with Geoff, Jon and Billy along with so many incredible musicians from different bands and generations has truly been a blast. YES are a big influence for me and my own music. This album was a great way for myself, Fernando and all of us to show our love for both the songs and the many great people who have been part of YES going all the way back to their very first album!” - Dave Kerzner, co-producer, Yesterday and Today

“The Beatles were my first love, then YES became the logical next step of evolution in my musical upbringing. YES have it all, songwriting equal to musicianship and creativity. The sonic bliss I got listening to their catalog incessantly when I was 10 years old left a permanent mark on me.

“As a producer, I am hugely influenced by the work of YES with  Eddie Offord, Trevor Horn, Paul Clay and Tony Colton behind the board of their classic material. With the limited technology they had back then,  they were able to create unparalleled sonic textures that were decades ahead of their time.  Creating new versions of these songs was an incredible challenge even with today's advancements in recording technology. Dave and I had so much fun amassing the gear and tweaking sounds to recreate all of the signature sonic elements of YES music.” -  Fernando Perdomo, co-producer, Yesterday and Today