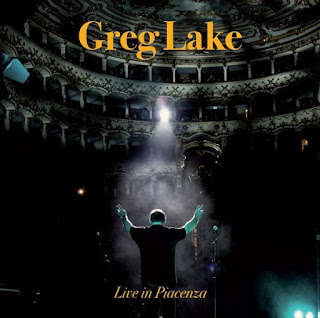 Manticore Italy Records is proud to announce the release of “Greg Lake Live In Piacenza” Limited Box Set, CD & Vinyl! Recorded in sound-demonstration quality this is the documentary of Greg Lake's last tour, recorded on November 28, 2012 in a sold out Teatro Municipale in Piacenza. It was a very special, magical evening, as Greg remembered in his outstanding autobiography, Lucky Man. The audience was so warm and he gave such a passionate performance. The Mayor of Piacenza and all the municipality attended the concert and went on stage thanking Mr. Lake for opening the “Musiche Nuove in Piacenza” festival. The concert was a triumph and eventually on January 9, 2016 the trustees of Conservatorio Nicolini of Piacenza gave Greg Lake the first honorary degree ever given by a Conservatorio.

This is a wonderful record, bringing the “Songs Of A Lifetime” project to its highest point. Exclusively for this concert, Greg performed with 3 special guests: Le Orme's leader Aldo Tagliapietra, ex PFM and Acqua Fragile's great vocalist Bernardo Lanzetti and the young talented Annie Barbazza, making the Piacenza show even more special and rare. It was Greg's wish that a precious, audiophile limited edition would re-launch his Manticore Label.

One outstanding memory I have of performing Songs Of A Lifetime show in Europe was on 28 November 2012 in the small city of Piacenza in Italy. The concert took place at a wonderful theatre there, the Teatro Municipale, which looks rather like La Scala in Milan with beautiful gold balconies and crystal chandeliers. I love Piacenza, and the Conservatorio di MusicaGiuseppe Nicolini there awarded me an honorary degree in 2016 for the way that King Crimson and Emerson, Lake & Palmer helped to bring classical music into young people’s lives - what an honour.

The show at Teatro Municipale was recorded and I decided to release a special collector’s edition of it on vinyl. Somehow the event, the feeling of the music and the atmosphere all seem to be suited to being reproduced in this analogue way.

Max Marchini recorded and produced the concert in Piacenza and together with Max I decided to restore Manticore Records label for the production and distribution of high-quality vinyl recordings. - Greg Lake, from “Lucky Man - The Autobiography” 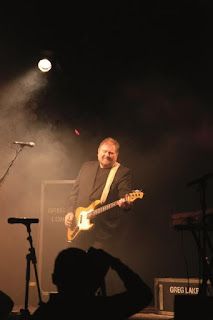 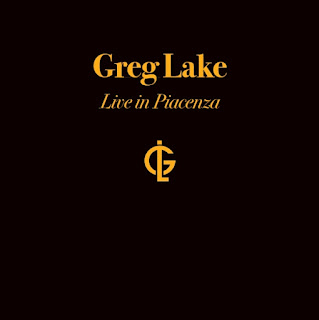