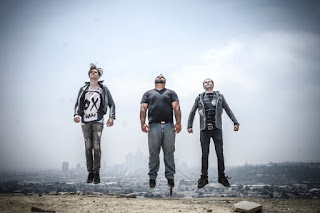 Los Angeles – Hard rock trio The Rift will be releasing two balls to the wall singles titled “Rock Narcotic” and “Mysterious” from their eagerly awaited forthcoming second album slated for release end of July 2017! Conceptually the first single “Rock Narcotic” is a tribute to rock and roll. It's about how rock n roll feeds our imagination, inspires us, and allows us to totally immerse ourselves in it's grooves. Once you're hooked on that feeling you never want to let it go, it's the best drug in the world. The second single “Mysterious” is more abstract. It's about the give and take nature of life, struggling to have faith but wanting to, and realizing how precious and short our time is.

Says founding member Aris Anagnos, “We wrote both of these songs around the same time shortly after the release of our previous album 'Inventions,' in March of last year. They both developed so naturally and quickly we knew we had something special with them. We added both songs to our live shows over the past year and people were really responding to them. Every time we write our goal is to evolve and get better. It's exciting for us to have people hear the new stuff and feel it live. The recording process was a little complicated but the results and engineers themselves were really fantastic.” 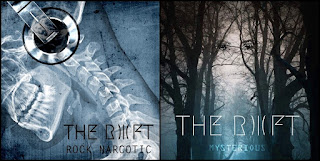 Traditionally, a “rift” is an open space. It's a place of possibility and promise. Hard rock trio The Rift lives up to its moniker. Bassist John Anagnos says, “The name is the best way to describe the band, what we do, and the experience we portray live. The songs are meant to be an opening, and there's a lot you can find within them.”

That openness has solidified the group - brothers Aris Anagnos (vocals/guitar) and John along with Ovais Malik (drums) - as one of Southern California's most thrilling new rock upstarts. Since forming in 2009, the musicians have played alongside the likes of Exodus, Yngwie Malmsteen, The Misfits, and more as well as receiving nominations at the Hollywood Music Awards and Ventura County Music Awards. 2016's full-length debut “Inventions” crystallized their hard rock hooks and generated a ton of buzz on Pure Volume, JamintheVan, Screamer Magazine, Pure Grain Audio, and dozens of radio stations. The album also caught the attention of Grammy winning producer Brandon Friesen who worked famously with Alice in Chains and NickelBack, most recently the Kooks.

Now in 2017 with the release of two new singles “Rock Narcotic” and “Mysterious,” the band feels that they have reached a new level in song development and that they are onto something very special. “Rock Narcotic” is provocative and one can hear traces of Muse and System of a Down at times. The song is about losing yourself in the music and getting addicted to rock and roll. It has almost a reggae, flamenco vibe at times, but then hits hard with a chunky rock chorus. Aris says it's meant to be a tribute to the power of rock and roll. “Mysterious” has an incredible opening sequence, it starts with this airy synthesizer and crashes into a booming rock chorus fueled by a monster drum beat. It's reminiscent of Ann Berlin in parts, and Kings of Leon in other places. John said of the two songs “this one gave me chills.”

Punctuated by longtime friend Ovais's impenetrable percussion, it's the familial bond between the brothers and close friends that brings another dimension to The Rift. “Being family helps with the collaborative process,” adds John. “We tend to think along the same lines. There's a certain magic to it. If I was playing with anybody else, it wouldn't necessarily be there.”

Both songs were engineered and produced by Amit, who we had worked with the band in the past and is stellar. Says Aris, “Amit really pushed us in the studio and made sure we gave our all on every take.  I think these two songs are the beginning of a new platform for us musically and I can’t wait to see where it takes us.”

The Rift is currently finishing their forthcoming sophomore album slated for release late 2017! In closing Aris has this to impart, “ I think the message we want to have our listeners get from both songs is to have them connect with the music and want to lose themselves in hearing it, like we do.”