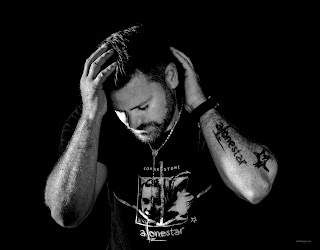 Jethro and Rosie wrote ‘Lovelorn’ together about past life experiences. Jethro explains that the emotive track “is the strongest and most powerful song I have written & produced to date, it reflects my new sound and style. It's something fresh and different to anything else out there at the moment. I dug deep to exercise the darkness in this track, and fell into the depths of my soul when coming up with the concept.”

Being related to Ed Sheeran, Alonestar always had pressure put onto his work. However after going straight to number 3 in the iTunes charts with his debut album ‘Cornerstone’, it was clear Alonestar was going to take on the music industry by storm. He went on to win two EIA Awards, two Exposure Music Awards, wrote all of Ed Sheeran’s SBTV and Live Room Performance raps and produced Bars and Melody’s platinum selling album ‘143’ reaching number 4 in the official UK charts.