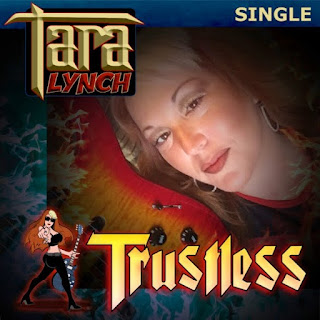 Says Tara, “Both the concept and meaning behind 'Trustless' are autobiographical. I've been through life's toughest moments and have come out on the other side much stronger for it. I've decided to tell my story both for therapeutic reasons and also in hopes that it can relate to and offer support to others in the same situation.

“The entire 'Evil Enough' album is a musical autobiography. Very often, the term 'blood, sweat and tears' is used as a metaphor to describe the work one puts in to something that they are 110% invested in. This would be an accurate metaphor where I am concerned. It has been a tremendously emotional journey into my own soul in order to both write the lyrics that explain my experiences, as well as write the melodies to convey the feelings involved within each experience.”

In 2015, Tara accepted the invitation from Geert Fiew (founder of Belgian band Beyond the Labyrinth) to write and perform guitar solos on Beyond the Labyrinth's upcoming fourth album, “The Art of Resilience”, to be released in early 2017.  At the same time, Tara began writing for her own upcoming debut album, “Evil Enough”.

“Tara is just a pure pleasure and honor to work with. She knows what she wants but yet so humble and grateful. And what a talent! And did I mention sweetheart?” – Björn Englen

On “Evil Enough”, all songs are written by Tara Lynch, who performs all lead and rhythm guitars, and on some tracks, bass guitar.

“After knowing her as a friend for many years, I knew it would be fun, but working with Tara is like holding a Tiger by the tail, she is so full of talent and energy, knows exactly what she wants and is not afraid to go for it! It was a really great experience!” - Mark Boals

In closing Tara has this to impart, “This album has been a labor of love and an important part of both my personal and musical growth process. At the end of the day, it's an album that I am extremely proud of and I really hope it touches people out there in the world who can relate to it and that it can help them know they're not alone.” 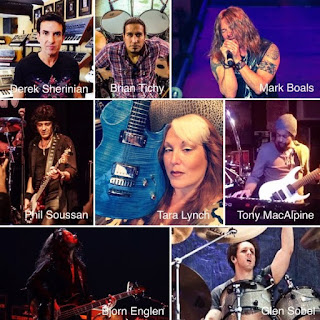