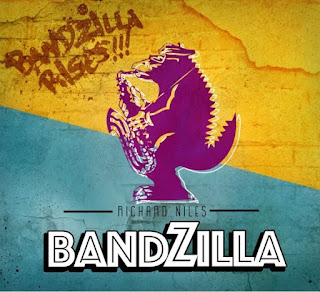 Says Richard, “When I formed BANDZILLA, I used the hottest young studio players in London, a band of ‘monsters’: BANDZILLA. We were featured as the house band on a British TV series and released our first album, “Blue Movies” to great critical acclaim. As well as being the ‘go to’ band for some of the biggest artists in the world, we toured with our own music, but eventually it became too impractical to take such a big unit on the road. However, a couple of years ago my friend John Thirkell (who had played trumpet in Bandzilla) called and suggested we do another album. And so, here we are. Bandzilla rises!!!”

Multi-Grammy winner Pat Metheny has called Richard Niles “one of the best composer/arrangers around and a truly exciting musical force.” For his jazz work with Metheny, Bob James, John Patitucci, Martin Taylor, Billy Cobham, Jane Monheit and Bob Mintzer, and his work on over 40 pop hits, Sound on Sound called Niles “the most versatile man in modern music.”

The new album, “BANDZILLA RISES!!!” is an unparalleled musical event - music that defies definition performed by artists beyond category.

Says Richard, “I have worked in many styles - from pop with McCartney, to jazz with Metheny, rock with Michael McDonald and funk with James Brown - and the album reflects this. My songs are driven from the lyrics which might be social commentary, romantic reflections or fantasy stories, using humor to express serious ideas. This is not a traditional jazz record. My artistic imperative is to express myself freely, helped by some of the most brilliant musicians and singers on earth.”

“Richard Niles is a great orchestrator and musician and a pleasure to work with.” - Paul McCartney

“Richard Niles is one of the best composer/arrangers around and an exciting musical force.” - Pat Metheny

“A masterpiece of contemporary music… the music world needs this recording now more than ever!” -  Danny Gottlieb

“BANDZILLA is a monster in every way - monster charts performed by monster players and singers. A monster joy to listen to!” - Chris Walden 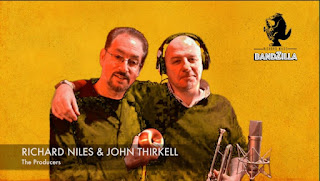