Rare Tribute To Nico "Songs They Never Play On The Radio" Reissued! 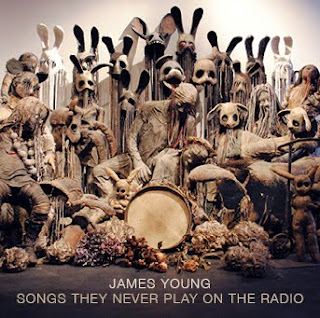 London, UK - Much to the excitement of Nico and Velvet Underground fans worldwide, James Young's “Songs They Never Play On The Radio” has been reissued on Gonzo Multimedia!

James Edward Young is a British musician and writer. Young grew up in Oldham, Lancashire and began learning piano at the age of 7. He studied Art History briefly at the University of East Anglia before moving to Oxford to study at the Polytechnic and in 1982 was accepted as an MPhil student at Oxford University. This period coincided with his meeting Nico (Velvet Underground) and Young took the decision to work with her instead of continuing with academic life. Young toured and recorded as keyboard player and arranger with the group Faction until Nico's death in 1988. They toured the world together and at one stage shared a flat in Brixton, London. Since then Young has written books, recorded solo albums, created BBC radio features, written on Outsider Art and curated exhibitions.

Young's memoir of his years travelling with Nico Songs they Never Play on the Radio, was published to international critical acclaim in 1993, winning the In The City award for music book of the year. Described by Greil Marcus in Esquire as “A coolly literary masterpiece about the geography of nowhere”, the book was later serialized in 1996 for BBC Radio 4. In 1994 Young was invited by Alan McGee, founder of Creation Records, to record a musical representation of his memoir of the Nico years.

The album “Songs They Never Play On The Radio” followed a year later in 1994. Alan McGee of Creation Records had read the book and asked Young if he'd be interested in making a record that evoked it. Highlights from that album are contained here as well as later songs and instrumental pieces relating to Young's life on the road with Nico.

The album covers every aspect of that time from first meeting to burying Nico in Berlin. It includes samples of Nico talking as well as Young's distinctive piano and vocal. The pieces vary in tone from the lyrical to the ironic and from the playful to the dark.

This is not just a collection of songs … it is a life.