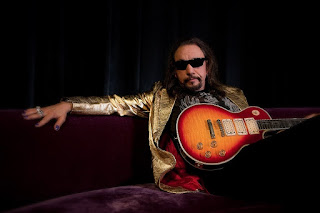 If you are Kiss fan you were at the Colonial Theater in Pittsfield Massachusetts on Tuesday night. To put it more succinctly, everyone there came to see Ace Frehley. He was the main talent in Kiss and everyone knows it, with the exception of some of his former band mates of course. This is my opinion and that of many others but as with anything else I am sure there are many people that would disagree. 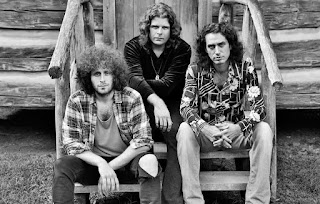 Warm up bands can be a hit or miss proposition and in this case it was a shot that hit dead center for these ears and apparently the capacity audience.
The band that came on to warm things up for Ace was SIMO, named after the lead guitar player and vocalist J.D. Simo.  This is a classic power trio that included the bass player Elad Shapiro and drummer Adam Abrashoff.

Abrashoff had a minimal drum kit and what he accomplished with it was amazing. That is real talent when you take something small and make it sound so big. Shapiro is no slouch on the bass either, his fingers are a flash and he is the perfect companion to Abrashoff’s talents J.D. is a very innovative guitar player taking the nod from the blues and the psychedelic era of the 60s ala Hendrix. His voice is tremendously powerful as well.  I also heard plenty of Allman Brothers influence in their music. I could see they use vintage equipment as well to get their sound, obviously a very smart move on their behalf. 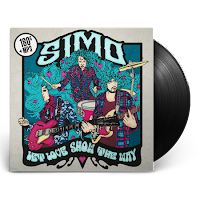 At the break I went out to meet J.D. and he confirmed the aforementioned
influences. The band hails from Nashville and they put on a great show. I also picked up their new release Let Love Show The Way on 180-gram vinyl, complete with a poster and download not to mention the retro artwork that acts as time machine (reflecting their influences).  It was priced right as well at $20.00.  I don’t think Ace could have asked for a better warm up band. 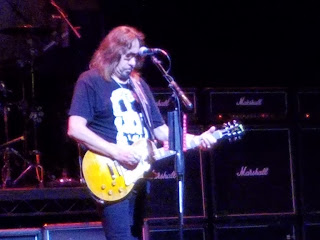 After the break the man of the hour arrived. This was going to be a great show; I could feel it in the air. Well, Ace did not disappoint.

I felt like that over energetic 17-year-old again going to see Kiss in the 70s at Springfield Civic Center. It was great to have those memories come rushing back. All you can do is smile inside when that happens. Ace has a great band to support his act and they made their way through 18 songs to rock the audience from start to finish. 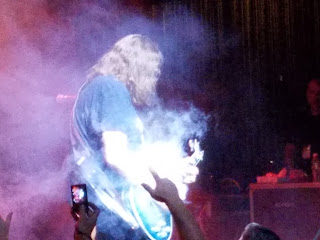 Some of the highlights of the evening included the Thin Lizzy cover “Emerald,” “Parasite,” “Rock Soldiers” and an amazing version of the Kiss classic “Cold Gin,” which I thought was the best performance all night. The encore was superb as well capping off the night with “Detroit Rock City” and “Deuce.”

I grew out of Kiss many years ago but occasionally listen to the first album and Ace’s solo work. People change, get older and some tastes do change however…once a rocker always a rocker. Seeing Ace live and hearing those songs again was a great experience and reminded of why I liked the music in the first place.

Ace is an accomplished guitar man and all of those skills were on display. Even the smoking guitar was present, which I was hoping to see again. If you want a rockin’ good time the ace in the hole, no pun intended, is catching this show live.

There is something to be said about how this man has been underrated over the years and not given his due by critics and music industry folks alike. Ace Frehley gets my stamp of approval with no hesitation.