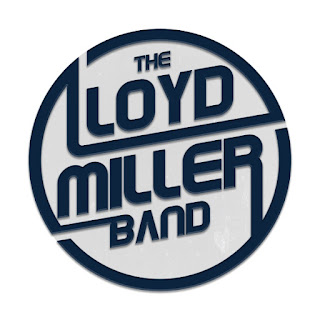 Austin, TX - Much to the excitement of music fans worldwide, alternative Christian blues rock guitarist singer/songwriter Lloyd Miller will be releasing his new EP titled “Light Is Rising” on July 9, 2016! This is Lloyd's sophomore release and once again shares a message of inspiration and hope.

Says Lloyd, “The concept/meaning behind the CD is moving forward into a new and better way of life than the way I was living in my past. For me its about asking God to fill me with the holy spirit through His son Jesus Christ and letting the living words of the bible renew my mind into a better way of living in the light and leaving the darkness behind.

“When I wrote the songs for the EP I was going through a spiritual 12 step program with a mentor who I met at Gateway church in Austin, TX. One of many experiences God led me through in my effort to break free from the addictions and bad habits of my past. I have found writing songs about my life experiences to be a very healing and fulfilling experience so I'm always emotionally attached to each song. When we recorded this EP I was the first artist to record at Evil Snail Studios in Manchaca, Tx which is owned by Rom and Kfir Gov. They are brothers who moved to Austin after having success as musicians and a production team in Israel. Rom is a pro level session and touring drummer and he always writes creative drum parts that fit my songs perfectly with not much rehearsal time. Kfir is a singer/multi-instrumentalist/songwriter/producer who has a talent for bringing out the best in the artists he works with. I developed a great friendship with both of the guys through the recording process. I also had my good friend, and long time band member, Jason Clark play bass on the EP. He is always a professional and has the ability write unique bass lines that fit my songs perfectly. Kevin Abbenante mixed and engineered the EP and made it sound amazing. It was mastered by Maor Appelbaum, who has a long list of well known clients, to give it that extra bit of excellence. This EP, in my opinion, is the best work I have done to date but I'm very excited about the quality of the new album I'm currently recording which will be released early 2017.”

From the music capital of the world Austin, TX, Lloyd Miller is building a reputation as an artist with staying power in an ever changing music business. In a massive sea of alternative rock bands, Miller stands out not only with his soulful blues roots and virtuoso guitar playing, but also his positive lyrical message that stems from his lifelong struggle as a recovering addict and his Christian faith.

Lloyd was born and raised in wild wonderful West Virginia and he wrote and recorded a full length blues album at home when he was 18 years old. He used this album as his submission to Musicians Institute in Hollywood, CA and was accepted into the GIT program. After finishing his time at Musicians Institute in 2002 Miller honed his skills as a singer, songwriter and guitar player in the California music scene and gained critical acclaim in 2008 winning “Best Guitar Performance” at the Los Angeles Music Awards. He moved to Austin,TX in 2010 and joined the worship team at the Church at Canyon Creek as a lead guitar player. In 2011 he recorded his first solo EP with producer CJ Eiriksson (U2, Matchbox 20, Incubus) and gained praise from both critics and fans. Michael Keith from the Rock N Roll View sums it up by stating, “Lloyd Miller will affirm your faith in good music again.”

2016 is shaping up to be an exciting year for Lloyd as he releases his second solo EP, “Light Is Rising”, which won the award for “Best Hard Rock EP” at the Academia Music awards in December 2015. Also, he is currently in the process of recording his debut full length album which is set for an early 2017 release and will continue touring around the Texas music scene and beyond with his band of world class musicians.

“From start to finish 'Not Too Late' EP is an impressive musical teaser from Lloyd Miller. The music is grooving, upbeat and entertaining. The songwriting – all consistent musical experiences, each one possessing a unique personality, flair and signature groove. The writing, playing and singing abilities of Lloyd Miller and his band are rock solid.” - Cyrus Rhodes, Indie Music Digest (Nov 07, 2012)

“A powerful life story told through intentional songs, by a passionate artist...Lloyd Miller has something to say about how his Faith and his music helped him overcome the pains and struggles of life.” - Ramy Antoun CEO- Creative Arts Group

In closing Lloyd has this to impart, “The message I would like to convey to my listeners is that everyone has struggles in life and even though we feel like we are alone in our struggle some times, we are not. From my experience, when I started seeking God He led me to meet people that could relate with my struggle which then led to me making progress and helping others who felt like they were alone in their struggles. I am now 2 years sober from alcohol after years of getting completely drunk 7 nights a week. I'm definitely not perfect though which is why I need the sacrifice that Jesus made for me so that the Holy Spirit will continually renew my mind and help me get out of my own way in living to my fullest potential.”

To purchase:
http://itunes.apple.com/album/id1114946044?ls=1&app=itunes.
(pre-sale at a discounted price is available from June 25th until the official EP release date of July 9th)
https://www.amazon.com/dp/B01FRVD44A/ref=dm_ws_pr_fl_dp_B01FRVD44A

Watch Lloyd Miller's “Love Is The Only Way Video”: