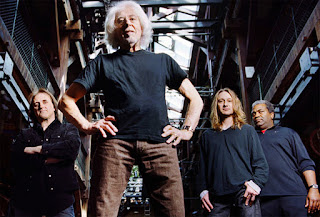 The Godfather of The British Blues made an appearance last night in The Berkshires. Yes indeed, Mr. John Mayall, the living legend, all 83 years of him performed on stage with his band at the fantastic Colonial Theater. I just knew going into this experience it was going to be very special and it most certainly was.

Mayall and his Bluesbreakers share a lot of music history with world renowned artists. Many got their start with him such as Eric Clapton and Mick Taylor, and those are a just a few who have served their apprenticeship under the tutelage of Mayall. He has been enjoying a successful solo career since the days of the Bluesbreakers and is still carrying the torch for the blues.

When I first arrived at the venue John was sitting at his merchandise table selling CDs and signing autographs. I was amazed to see this going on and thought highly of him that he would make himself available that way. That is how you can really communicate with your audience and forge a relationship before the show starts. He was gracious and kind, a real gentleman. I was more than happy to buy his new CD Find A Way To Care and have him sign it. He looks amazing for a man of 83 years I can tell you that!

The soundman Darren O’Brien came through in fine fashion as usual, working on the sound board and mixing the sound perfectly all night long.

Prior to the show in the afternoon I listened to some of Mayall’s 2015 release Find A Way To Care on Spotify. I was glad to see he still was in excellent form. What is amazing about him when he performs is how he multitasks. He plays the harmonica with one hand and the other with keyboards while singing in between. That is a lot things to be doing for one performer and he handles it all like it’s a walk in the park. 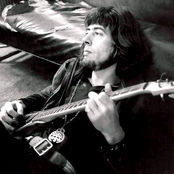 His band is Rocky Athas (lead guitar), Greg Rzab (bass) and Jay Davenport (drums) who are all truly amazing musicians in their own right. It was interesting to watch all of them do their thing. Everyone got their turn in the spotlight and performed admirably.

I have to give the nod not only to Mayall but his entire supporting cast particularly Rzab on bass. He went off on few tangents and gave the audience a real show, banging away at that bass like it was a lead guitar. His funky playing was one of the highlights of the evening to be sure. This is not to take anything away from the lead guitar or drums which were excellent as well.

Highlights of the night that provided an extended jam session were several but in particular I enjoyed the song “Chicago Line,” off of Mayall’s first album in 1964. Mayall interacted well with the audience and there were some humorous moments like when he introduced “Mother In Law Blues.” He covered an equal of amount of his own material and blues legends tracks from the likes of Albert King with songs like “California Blues.”

I have always found the Blues very entertaining in many ways. Even though the “blues” are supposed be lamenting about something the good artists like Mayall know how to present it all with a touch of irony and humor. The other fact is that it does have a tendency to sound similar with each song; here is where years of experience and outright talent take center stage. Every song went on a good run with some improvisation that kept it all interesting. At times Davenport was drumming at a pace that would have fit into a jazz set which was a nice change. I always keep in mind that jazz and blues are kissin’ cousins and one could not survive without the other. If you ask any good rock musician worth their salt they will tell you how important the roots of the blues have shaped their music.

John Mayall keeps on keepin’ on and I was honored to be present at his performance and to have the opportunity to shake his hand. Hearing the Blues live is quite a treat so catch this legend in action when you can.