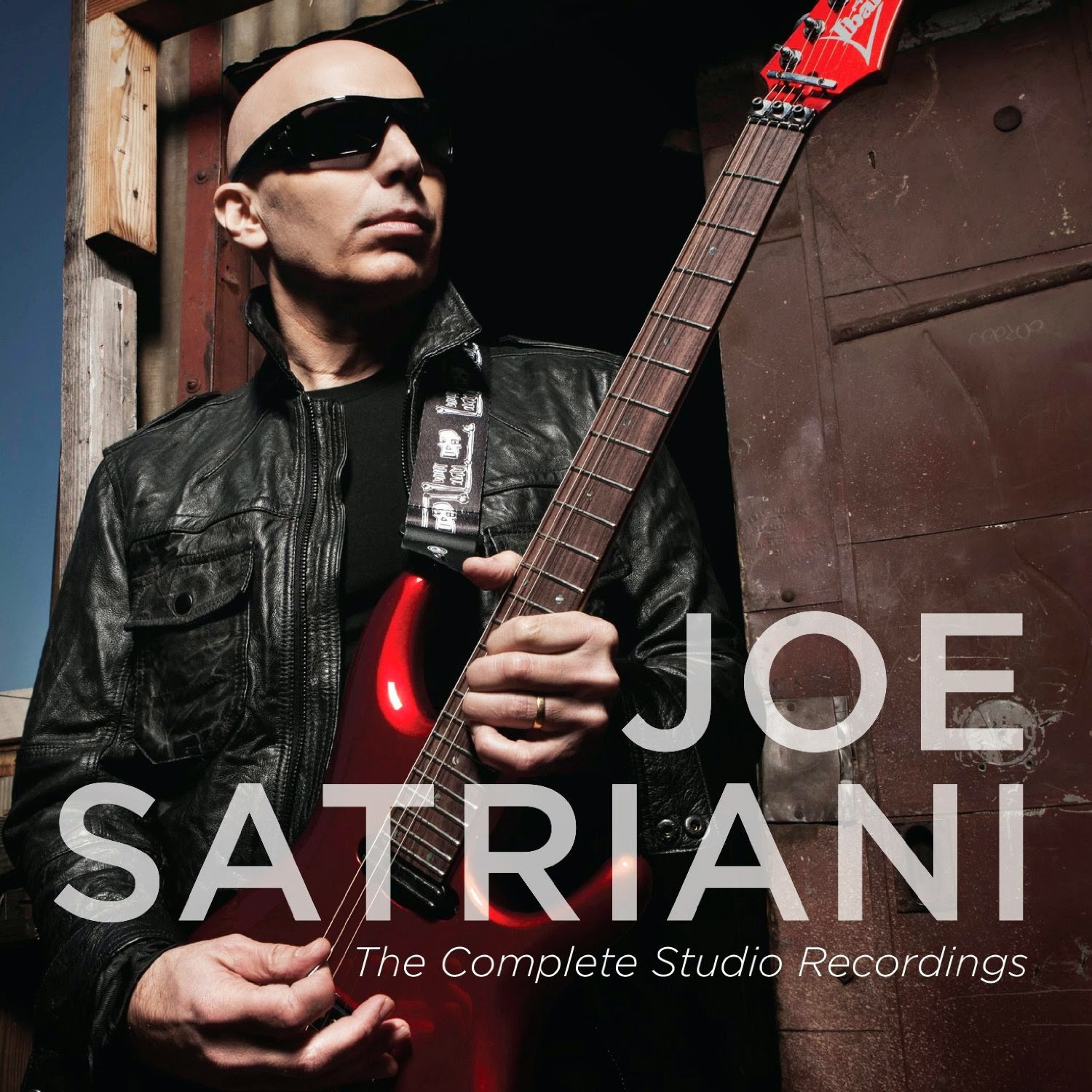 192 tracks comprising 15 CDs is what the new Joe Satriani Complete Studio Recordings box set offers. That is a huge amount of recordings and the fact that the majority of it is instrumental rock is mind boggling to say the least. What is most impressive is that there is always a variety of styles presented on every album he produced. The tracks range from hard rocking cuts to funky runs with different effects and keyboards to heavy blues and jazz fused lines. Satch is a bonafide guitar legend and this box set supports that.

Songs range in length to just over 3 minutes and beyond to over 10 minutes such as the mammoth guitar jam “Searching.” It took me several days to take in all these tracks and it was an absolute joy to do so. I started listening to Satriani’s music when he first broke through in 80s and have been ever since. With so many tracks to choose from it is a challenge to pick out three tracks that defined Joe as an artist and guitar player. “Surfing With The Alien” was definitive Satch and “Always With Me, Always With You” was the melodic and memorable emotional artist. Then we fast forward to the present day with “Shine On American Dreamer,” which really typifies where he is today and how far he has come in his development. This of course merely scratches the surface of an amazing career however these are three tracks that standout for me being a longtime listener.

The 15 CDs give you a great snapshot of a guitar player that was not afraid to continue progressing and even do a few tracks that included vocals. I think the vocals distract from the artistry of this legendary guitar player but in the same instance give the listener a step away from the norm and more appreciation for what he was best at. Every facet of who Joe is comes through on this box set. He shows off his technical skills, how he was able to slow things down and play the acoustic numbers with just as much skill and taste, or fire off some scorching blues licks. His complete mastery of the six-string is on display consistently throughout all of his studio albums. Joe was spot on right out the gate with his first album and then took things to another level which each subsequent release.

I have heard these albums over the years but never straight through from start to finish like this before. It is because of the way I took it all in that I was able to really appreciate what he has accomplished. His musical brilliance, technical prowess and vision hit me with quite an impact. Every album is remastered and Joe was a part of that process. Included is a newly "Added Creations and Bonus Tracks" compilation and an opportunity for fans to buy a special edition USB version of the set exclusively from  www.satriani.com

To think that Steve Vai was a student of Joe’s puts things into proper perspective. His is a world renowned musician with an incredibly impressive resume that not only includes solo work but a residency with G3 and Chicken Foot to name a few, which also serve as long standing imprints on our collective musical consciousness. 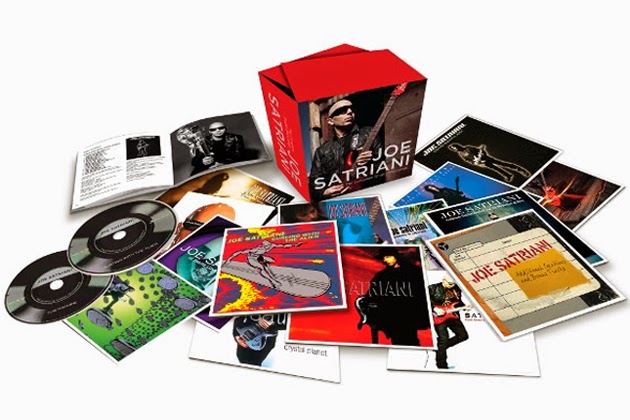 I think the timing was right to release this box set as it encompasses the full development of one of the greatest guitar players in rock today. He is not your one dimensional artist by any means and even though his fans get what they want consistently with every album, there are always new musical roads travelled. The beauty of diversity is all the unexpected twists and turns, which ultimately are so pleasing and what keeps it all fresh. With each listen there is another discovery or revelation right around the corner.

If you love instrumental guitar rock you to need explore or rediscover (if you have been following his work) all of Joe Satriani’s music so reserve a space on your shelf for this set straight away. This box set is a monumental achievement that needs to be revered by all music fans. Don’t pass on this one because you will regret it.

Joe Satriani: The Complete Studio Recordings includes:
1986 Not of This Earth
1987 Surfing with the Alien
1989 Flying in a Blue Dream
1992 The Extremist
1993 Time Machine
1995 Joe Satriani
1998 Crystal Planet
2000 Engines of Creation
2002 Strange Beautiful Music
2004 Is There Love in Space?
2006 Super Colossal
2008 Professor Satchafunkilus and the Musterion of Rock
2010 Black Swans and Wormhole Wizards
2013 Unstoppable Momentum
2014 Additional Creations and Bonus Tracks
By Keith "MuzikMan" Hannaleck at April 10, 2014